Induction motors are ordinary single-phase motors with capacitors inside

The induction motor of the wall-hung boiler fan manufac […]

The induction motor of the wall-hung boiler fan manufacturer is an ordinary single-phase motor with a capacitor inside. This type of motor does not have the function of adjusting the speed. In order to have a variable speed function, the winding can be modified to make it adjustable. This "two-speed" motor is usually used in pulsator washing machines. Since it cannot withstand the rotation speed, it cannot be used in a drum washing machine. 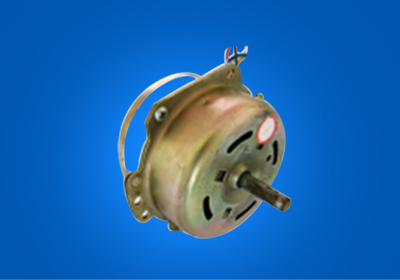 The speed measurement signal of the fan is usually output from a connector with three wires. The voltage of the three rows of yellow and black is +12 V or ground. Another colored line of the water treatment pump manufacturer is the output line of the speed signal. Note that the third line of some three-wire fans is not a speed measurement signal output line, but a speed control signal line used to input the speed control signal to the fan motor.

The boiler fan manufacturer concluded that the circuit can be divided into three parts: the 220V AC circuit on the left, the swing circuit in the middle, and the fan circuit on the right. The electric fan motor is a single-phase AC motor. There are two windings inside, one is called the running winding (also called the main winding) and the other is called the starting winding (also called the secondary winding). The starting circuit is composed of split phases, so the electrical angle between the primary winding and the secondary winding is 90°. The speed control circuit is composed of a series reactor speed control switch, and the voltage of the motor is changed by adjusting the size of the reactor to realize speed control.

0
Views: 503
PREV: How can the motor be better protected?
NEXT: Correct installation of the geared motor