Solve the problems existing in the motor starting or stopping process

An electric motor is a rotary electric machine that con […]

An electric motor is a rotary electric machine that converts electrical energy into mechanical energy. It mainly includes an electromagnet winding or distributed stator winding to generate a magnetic field and a rotating armature or rotor. Under the action of the rotating magnetic field of the stator winding, the effective side of the stator winding has a current passing through and is rotated by the action of the magnetic field. According to the principle of motor reversibility, if the motor has no changes in its structure, the motor can be used as a motor or as a generator. It is a machine that converts electrical energy into mechanical energy. Electric motors are widely used in the driving of mechanical equipment by cement companies due to their simple structure, convenient control, and high efficiency.

In actual use, the motor still has a series of problems during the starting or stopping process. Larger impulse current (generally 5 to 8 times the rated current Ie) will be generated when starting at full voltage. The larger the motor capacity, the greater the impact of the inrush current on the power grid and its load during starting. In particular, the direct starting of a large-capacity motor will cause interference to the power grid and other loads, and even endanger the safe operation of the power grid. At the same time, due to the greater starting stress, The service life of the load equipment is reduced. When stopping, if the driving system suddenly loses torque, relying on the friction torque of the system to overcome the inertia of the system to coast to stop will also bring many problems to the driving system. 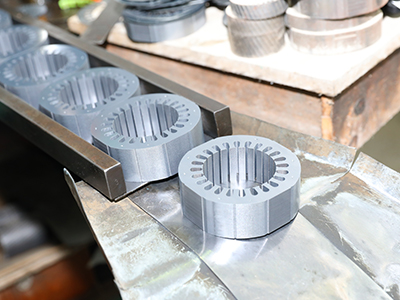 Although these methods rely on the contactor to switch the voltage to implement the start-up step-down, which can achieve the purpose of reducing the current, they do not fundamentally solve the problem of the instantaneous current spike. The starting torque is basically fixed and not adjustable. There is a secondary impulse current during the starting process, which has an impulse torque on the load machinery, and is affected by power grid fluctuations. Once the power grid voltage fluctuates downwards, it will cause the motor to stall and contact during the starting process. The load switch of the device can easily cause problems such as arcing and damage of the contacts. In severe cases, the switch and the motor will be burned, which will affect the operation of other equipment in the power grid.